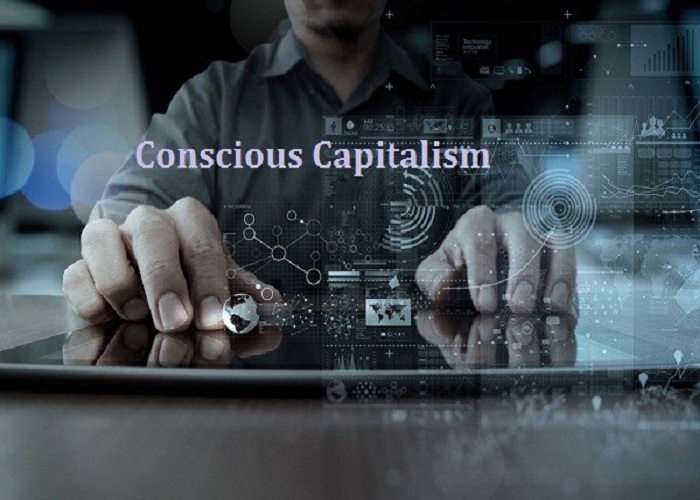 There is a budding movement termed “Conscious Capitalism” and there are no better partakers to this noble drive than Entrepreneurs. Conscious Capitalism dreams of a time when the separation between doing business and doing good no longer exists. When entrepreneurs will care about the bottom line as much as optimizing the value that they bring to all the constituents in their business (employees, customers, suppliers etc…)

Internet entrepreneurs are the best placed entrepreneurs to participate effectively in this growing and noble movement for the following reasons:

1. They understand how powerful adding value to their prospects is/has been to them and to their business. If they are making use of the attraction marketing model in and for their business, they already comprehend the concept of providing more value than you get paid for and how that has drawn the loyal and responsive consumers to them and to their business. So, they already practice “giving value” to the people they come in contact with through their marketing (blogs, articles, sales letters etc…).

2. They understand the concept of the servant leader: “the more people you help achieve their goals, the more solid your business is”. This is especially true for internet marketers involved in direct sales but who also seek to build a residual income (work once and get paid multiple times). Their residual income is directly linked to how well they serve their team/prospects.

3. In no other industry have people achieved phenomenal results in a record time in terms of income generation than in internet marketing. Successful online marketers who use effective marketing systems have generated big money in a matter of weeks. Similar results take months and years in other industries. Like any other person, once their needs are taken care of, they have the freedom, the resources and the heart to look around and make the necessary steps to widen the circle of people who are positively influenced by their optimum profits.

4. Most effective internet marketers use an automated system to run their business. That gives them leverage over their time and mobility in their day to day business operation. Their flexibility in terms of time, money & mobility puts them in a very enviable & unique position to be able to get involved in organizations/charities/projects that take conscious capitalism to all corners of the world, thus accelerating its positive effect and view as the most just, productive, sustainable way of doing business.

Conscious capitalism has been touted as a moral transformation of capitalism, going beyond the social responsibility of capitalism to increase shareholder profit. According to Patricia Aburdene, author of Megatrends 2010: The Rise of Conscious Capitalism:

“We have now become mindful of the uncalculated costs associated with social, economic, and environmental factors and calling them as ‘unconscious’ capitalism. Few are admitting of practicing a type of ‘conscious capitalism,’ that includes integrity and higher standards, and in which companies are responsible not just to shareholders, but also to employees, consumers, suppliers, and communities. Some call it “stakeholder capitalism.”

Robert Jensen, professor of journalism at the University of Texas at Austin speaks the unspeakable in his essay, Anti-capitalism in 5 Minutes or Less: “Capitalism is certainly an amazing productive system, which has created an overflow of goods unlike anything the world has ever seen. Additionally, it is a system that is fundamentally – anti-democratic, unsustainable and above all inhuman. Capitalism has granted those of us in the First World loads of things (most of it of questionable or marginal value) in exchange for our souls, our hope for progressive politics, and the likelihood of a prosperous future for children.”

Capitalism is not an option, it is like a state of nature and in present times, contesting capitalism is like disagreeing or fighting against the air we breathe. Disagreeing to capitalism, as we are told, is simply crazy.