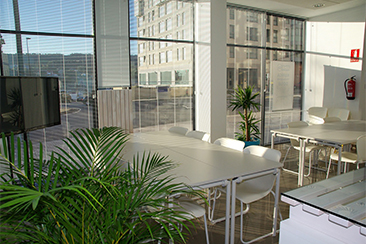 Growth of Commercial Real Estate in the Last Ten Years in India!

The RERA act passed in 2016 has brought transparency to the real estate industry. It makes sure every project is registered following all the guidelines of RERA before starting. Under RERA, 70% of a buyer’s money is in the bank’s hand in an escrow account to make sure there’s no fraud by the real estate developer. RERA makes sure that the builder gets only 30% of the money at the beginning of the project. In addition to that, the buyer gets the liberty to cancel a project (conditions applied) under RERA act. If a builder is found to have misinterpreted facts or commit fraud, then they get 10% penalty and three years of jail time under this act.

Noida is the new global city in the making. In the last few years, Noida has seen a major boom in the real estate industry, especially commercial real estate. There is innumerable available office space for sale in Noida, and big companies such as Godrej properties and Tata housing have relocated to Noida. All the major companies are relocating their offices to Noida after seeing the massive growth in the commercial projects. Here are some of the reasons behind Noida’s growth in commercial real estate in the last ten years-

1. Technology Companies: In the last decade, most commercial office spaces in Noida has been booked for the technology companies as Noida is becoming the new IT hub of NCR. All the major companies are relocating their offices to Noida in order to stay relevant and at par with the changing times.

2. Boom of Start-Ups: It is the golden age of startups in India. There’s a major boom in startups which has resulted in commercial real estate’s high demand. All the new startup companies are setting up in Noida as it is the new commercial hub of India.

3. Better Returns: All the real estate projects in Noida provide better returns than any other area in today’s time. These spaces can be rented to other companies for life-long returns. All the major offices are occupying spaces with at least 12-15 years of a lease in order to stay in the Noida market.

4. Connectivity: One of the major reason why Noida has gained this much popularity in such short notice could be due to its new connectivity to Delhi and Gurugram through the metro. Now, Noida is also getting connected to other major cities through new expressways and roads.

5. Commercialisation: Another reason why Noida has seen the growth in commercial real estate is due to the new commercial spaces being opened in the area. Many multiplexes, shopping centres, malls, food courts, gaming areas, and many more are being built in the area to attract a crowd in the area and make it an equipped place.

The growth of commercial real estate in India and especially Noida has bloomed in the last few years. If you have enough equity for a down payment, then nothing is stopping you from buying that dream office or from just investing in such space to live off its returns. So, if you’re interested, there is office space for sale in Noida and buying property has become easier than ever. The new RERA has made the real estate dealers transparent and accountable, and only the best in business have survived under the scrutiny of RERA.