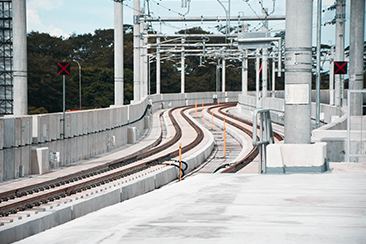 How does Public Transport help in Revolutionizing Commutation in a Country?

The National Urban Transport Policy, adopted in 2006, recommended that a country should invest more in public transports rather than in personal vehicle use. Public transport plays an important part in helping people commute from one point to another in any country. India as a country is home of 1.37 billion people, and a large number of these people live in urban cities who need public transport such as buses, metro, and subway to commute daily.

Mass Rapid Transport System or popularly known as metro, came as a revolution in India in the 70s and since then have changed the commutation medium of an urban man/woman in India. In the last few decades, metro construction companies in India have successfully installed a fully-functional metro system in 10 cities- Kolkata, Delhi, Bangalore, Gurugram, Mumbai, Jaipur, Chennai, Kochi, Lucknow, and Hyderabad. Furthermore, metro work is under-construction in 5 other cities- Nagpur, Noida, Navi-Mumbai, Pune, and Ahmedabad.

Metro as transport system has revolutionised commutation in India. The construction of a metro may cost Rs 250-300 crores per kilometre and Rs 500 crores if the metro is elevated, which is much more than the construction cost of any other transport, but it also offers various perks which finally results in metro being a profitable investment for a country like India where more and more people are moving towards urbanization.

1. Sustainability: Mass rapid transport system or Metro is a sustainable transportation system. The Delhi metro system has been awarded “carbon credits for reducing greenhouse gas emissions” by the United Nations, and it has been recorded that metro system has reduced the pollution levels in Delhi by 630,000 tonnes every year. Using the metro for commuting instead of personal vehicles helps in reducing the pollution in a city and is more sustainable as metro consumes less energy, emits fewer pollutants, and is an eco-friendly system. In addition to that, many metro stations in Delhi also have solar panels installed on the roofs, which help in creating more energy.

2. Traffic Control: One of the major issue that metropolitan cities such as Delhi, Bangalore, Gurugram, and Mumbai face is traffic. These cities have become the hub of employment; thus more, and more people are migrating there, which has resulted in a chaos of traffic which often gets out of control. One major perk that the metro system offers is reducing traffic in all these major cities. Metro offers people with an alternative commutation option, which is cheaper, faster, and more comfortable, which make people choose it over their vehicles.

4. Convenient Travel: The metro system of India works as a convenient travel option for people. All the metros are extremely comfortable, safe, and cheap. Delhi Metro has a special rule where the first coach of every metro is reserved for women only to increase security for women. In addition to that, all metros and metro stations are fully equipped with CCTV cameras, security check-ins, and dozens of armed guards to ensure the security of passengers. All metro stations also have libraries, cafe, food chains, and more for the convenience of passengers.

Construction of metro might be a bit expensive, but it is a profitable investment as a metro can transport up to 80,000 people every hour in one direction. Thus, the metro system is being expanded with time, and the best metro construction companies in India, such as Sundream Group are working on making commutation easier for everyone.